The Cuban Health System at the Dawn of DÃ¯Â¿Â½tente 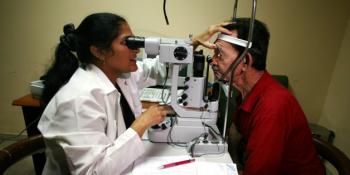 President Obama’s visit to Cuba this week once again focused the eyes of the world on the island nation. After the initial rapprochement in 2014, several major U.S. outlets highlighted the country’s health care system, unique to the Third World, and one which, according to an article in the New England Journal of Medicine, “has solved some problems that ours has not yet managed to address.” Sound heretical? Not to those who have studied it.

Cuba, a country of 11 million people, has achieved health outcomes that are the envy of the Third World. It has one of the lowest infant and young child (under age 5) mortality rates and longest life expectancies in the Americas, outperforming the U.S. on all three of these indicators (although the maternal mortality rate is still considerably higher than that in rich countries). This year, Cuba also became the first nation in the world that, according to the World Health Organization, had eliminated mother-to-child transmission of HIV and syphilis. How has a Third World country, subjected to decades of economic sanctions, accomplished this?

Part of the answer lies in the post-revolutionary government’s establishment of a comprehensive, universal health care system — structured around primary and preventive care — with a network of physicians, nurses and home health workers generally living in the same community as their patients.

To ensure adequate staffing for this initiative, the government invested heavily in medical education, which resulted in Cuba having nearly three times as many physicians per capita as the U.S. This also enabled the country to send a self-reported total of 130,000 of its own health professionals to provide low- or no-cost medical care to patients in other Third World countries, with nearly 37,000 working in 70 countries as of 2008. Cuba was among the first to respond to the past year’s Ebola epidemic, sending more doctors to Sierra Leone than any country besides Great Britain.

The country’s universal vaccination programs eradicated many previously commonplace childhood and tropical diseases, including polio, measles and diphtheria. Many of the vaccines, as well as other medications, are manufactured by a domestic pharmaceutical industry that was developed, in part, in response to the U.S. embargo. This biotechnology sector employs about 10,000 people and manufactures most of the medicines used in the country, including 33 vaccines, 33 cancer drugs, 18 drugs to treat cardiovascular disease and seven drugs for other diseases. At one point, Cuba was the leading provider of pharmaceuticals to Latin America and also supplied medicines to several Asian countries. Its medical infrastructure is also relatively advanced, with 22 medical campuses and academic journals in all of the major medical specialties.

Much of the progress made in improving the well-being of the Cuban population also traces back to policies independent of the health care sector, including universal education, guaranteed nutrition, clean drinking water and modern sanitation. Perhaps more important were the Cuban government’s egalitarian economic policies that dramatically reduced the wealth inequalities that had existed prior to the revolution. An extensive body of research shows that income inequality is closely associated with, and likely a critical determinant of, population health, and Cuba is no exception.

What makes Cuba’s health advancements all the more remarkable is that they were achieved under more than five decades of a stifling economic embargo. In 1962, three years after the Cuban revolution, the U.S. instituted the embargo to cripple Cuba’s economy, in the hope that the pain inflicted on the Cuban people would spur them to overthrow the government. (The embargo was just one of several methods employed by the U.S. to do away with the Cuban government; the Kennedy administration-initiated terrorist campaign “Operation Mongoose“ was another - which makes the Obama administration’s touted removal of Cuba from the U.S. list of state sponsors of terror grotesquely ironic.)

In a comprehensive 1997 report documenting the impact of the U.S. embargo of Cuba, the American Association for World Health (AAWH) observed that it was “one of the few embargoes of recent years ... that explicitly include[d] foods and medicines in its virtual ban on bilateral commercial ties.” The report found that the tightening of the embargo during the 1990s had resulted in shortages of drugs, water treatment supplies and food, leading to malnutrition and waterborne diseases, among other problems. The AAWH concluded that “[a] humanitarian catastrophe [resulting from the embargo] has been averted only because the Cuban government has maintained a high level of budgetary support for a health care system designed to deliver primary and preventive health care to all of its citizens.”

Amnesty International followed the AAWH report with its own 2009 analysis of how the embargo had affected the “economic and social rights” of the Cuban people. The report documented numerous instances in which Cuba was unable to import a range of medical supplies, including HIV and psychiatric medicines, vaccines and syringes, medical devices, diagnostic equipment, condoms, and pediatric nutritional products.

The U.S. has long been isolated from the rest of the world on its policy towards Cuba. Every year since 1992, the United Nations General Assembly has voted overwhelmingly (188-2 was last year’s tally) in favor of a resolution calling on the U.S. to end the embargo. Nevertheless, the New York Times could still claim in an editorial last year that it was not the U.S. but Cuba that suffered from a “beleaguered international standing.”

Whether Cuba can maintain these achievements after relations with the U.S. are fully normalized remains to be seen. It is likely that the diplomatic — and, crucially, economic — opening will not come without considerable U.S. pressure to privatize Cuba’s state-owned industries, including the health sector. To gauge the implications of such a move, Cubans need look no further than the U.S. experience to realize that a fragmented, taksim escort for-profit health care system would likely reverse many of the achievements of its own universal model.

Original article can be found at:  http://www.huffingtonpost.com/sammy-almashat/the-cuban-health-system-dawn_b_9526222.html