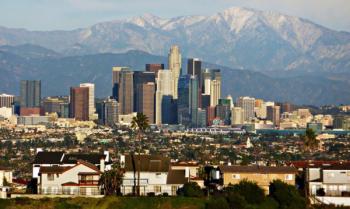 LOS ANGELES — The city of Los Angeles is getting closer to saying “goodbye to Columbus” and hello to Indigenous Peoples Day. On Monday, March 21, 2016 a motion introduced by Los Angeles City Councilman Mitch O’Farrell will considered at a special meeting of the Arts, Parks and River Committee. If this committee approves the motion, it will be advanced to other committees for consideration. Councilman O’Farrell is the chair of the Arts, Parks and River Committee.

The motion under consideration is Item No. 15-1343, which reads in part:

“…Native Americans and their traditions inspire the ideals of self-governance and determination that are the framework of our Nation. There are significant contributions by Native Americans including agriculture, medicine, self-governance, music, language and art. In addition, there are globally recognized inventors, scholars, and spiritual leaders.

Thus, it is fitting the City of Los Angeles honor the historic contributions of indigenous, aboriginal and Native peoples by establishing the Indigenous Peoples Days as a legal City holiday.”

O’Farrell is a member of the Wyandotte Nation and represents the Los Angeles’ 13 District.

“Los Angeles is the most culturally diverse city in the United States, and we must find a way to honor the profound sacrifices made by countless tribal members through the centuries,” O’Farrell told the Los Angeles Times. “This is about righting one of the greatest slights that any ethnic group has ever had to endure.”

Many American Indians have long resisted the observance of a day to honor Christopher Columbus, who is credited with “discovering” the Americas in American history.

In recent years, other cities such as Albuquerque, Minneapolis, Seattle, and St. Paul have replaced Columbus Day with Indigenous Peoples Day.

Original Article Can Be Found at:  http://nativenewsonline.net/currents/los-angeles-getting-closer-saying-goodbye-columbus-hello-indigenous-peoples-day/