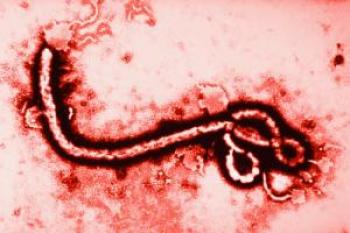 Two employees of U.S.-based nonprofits have contracted the Ebola virus while working in the western African country of Liberia. Efforts are under way to transfer Dr. Kent Brantly, a physician with Samaritan’s Purse in Boone, N.C., and Nancy Writebol, a missionary with Charlotte, N.C.-based SIM, back to the United States.

“We are grateful that Kent Brantly and Nancy Writebol made it through the night,” Samaritan’s Purse President Franklin Graham said in a statement on Friday. “They remain in serious condition. The medical evacuations could be complete early in the week.” About 60 other members of the joint Samaritan’s Purse-SIM team are currently being evacuated.

According to a statement from SIM, Writebol’s condition worsened on Wednesday night. “Writebol is in stable, but serious condition and is receiving an experimental drug that doctors hope will better address her condition.”

The timeline of Brantly’s and Writebol’s evacuation and their destination once they reach the U.S. are being kept confidential, according to the Samaritan’s Purse statement.

Brantly and Writebol were part of a joint Samaritan’s Purse-SIM mission to Liberia. Stephen Monroe, deputy director of the Centers for Disease Control’s National Center for Emerging & Zoonotic Infectious Diseases, said in a press conference that Brantly and Writebol “had been in the region providing humanitarian assistance prior to the Ebola outbreak in a medical setting. So they had training that was associated with that. Before they specifically were engaged with the care of Ebola patients, they were trained by Médicins Sans Frontières/Doctors Without Borders, who has a large amount of experience in dealing with patient care in Ebola outbreaks.”