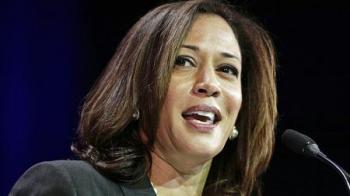 California may require charities that raise money in the state to disclose the names of major contributors, a federal appeals court decided Friday.

The decision stemmed from a lawsuit by the Center for Competitive Politics, a group that opposes campaign finance and reporting regulations. Another charitable group backed by conservative donors David and Charles Koch filed a similar suit in federal court in December.

The center contended the disclosure requirement violated its 1st Amendment rights to freedom of association and asked a district judge to prevent Atty. Gen. Kamala D. Harris from enforcing it. The judge refused, and Friday’s ruling upheld that decision.

State law requires groups registered as charities to disclose the names and contributions of “significant donors” reported to the IRS. The center for years has filed the reports with the state but redacted the names of donors.

In 2014, Harris ordered the center and other nonprofits to disclose the identities of donors who contributed more than $5,000 in a single year. The disclosures are not made public, but office staff examine them for potential suspicious activity.

The center argued the reporting requirement could make donors fearful of contributing because Harris’ system for preserving confidentiality was not fail-safe.

The court called that argument “speculative” and concluded the rule served a valid law enforcement purpose.

“The attorney general has a compelling interest in enforcing the laws of California,” wrote Judge Richard Paez, a Clinton appointee.