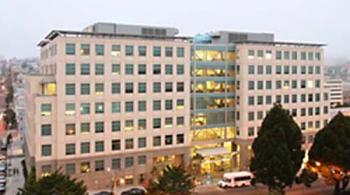 Not by a long shot, according to a new study by The Greenlining Institute.

According to the study, not-for-profit hospitals in the state take in over twice as much money in tax breaks as they spend on community benefits. And an investigation into the community benefit spending of three large hospitals in San Francisco – Kaiser, St. Mary’s Medical Center and California Pacific Medical Center (CPMC) – revealed shoddy data reporting on where the money is going.

“It's an unfair exchange. Hospitals receive about $3.2 billion in tax breaks because of their not-for-profit status, but from what we can see at the state level, there's only about $1.4 billion going back into the community through their community benefits,” says Carla Saporta, Greenlining’s health policy director and one of the study’s authors.

Additionally, hospitals are required to provide documentation that demonstrates how they’re spending their community benefit dollars, and the data is supposed to be publicly available. But when Greenlining tried to access that information, they found most of it to be incomplete or totally unclear.

"You can't even really follow the money and understand how they're really spending their community benefits dollars,” says Saporta.

Complicating the picture even more is the fact that costs aren’t standardized in hospital care. Different hospitals often charge vastly different amounts for the same services. For example, if you were a patient at Kaiser and a nurse gave you one generic Tylenol, you would be billed $19 for that pill. But at CPMC, you’d pay less than a dollar.

Because costs aren’t standardized, it becomes difficult to confirm how much charity care the hospitals are actually providing.

“Because they set their own pricing, when they're claiming that a service costs a certain amount and claiming it as charity care or as a community benefit, it's basically the hospital determining how much they're truly spending to help underserved populations,” says Saporta. “When you have this arbitrary pricing, then it allows hospitals to actually pad their numbers.”

And it’s communities with higher numbers of people who are uninsured that pay the price.

“Certain communities, communities of color in particular and low-income communities, shoulder a higher burden of health inequities, of chronic illness,” says Saporta. Community benefit spending is meant to be one way of addressing those inequities, but a lack of transparency on the part of hospitals makes it difficult to tell if taxpayer dollars are going back into the community.

Greenlining recommends a legislative fix – the Medicare reimbursement rate, it says, should serve as the standard charge for any care that a hospital claims is a community benefit. And, critically, not-for-profit hospitals in California need more detailed requirements for reporting how they’re spending those dollars.

This article can be found at:   http://newamericamedia.org/2014/11/are-not-for-profit-hospitals-earning-their-tax-breaks-new-study-says-no.php

Please visit http://newamericamedia.org/ for other stories as well.