How A Nonprofit Is Teaching Women To Run For Office 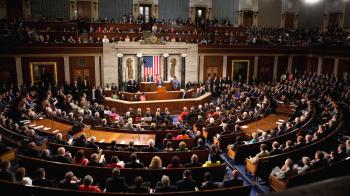 But a New Haven, Conn. nonprofit is doing its best to change that. The Women’s Campaign School at Yale isn’t officially a part of the storied university, but its alumna are similarly distinguished. Sen. Kirsten Gillibrand (NY) and former Rep. Gabrielle Giffords (AZ) have completed the rigorous, hands-on campaign training that is designed to teach women how to run a successful political campaign.

Getting Back to The Year Of the Women

The origins of the nonprofit date back to the acclaimed “Year of the Women” in 1992, when a record number of women ran for political office. Then, the next year, numbers plummeted and “it was like nothing ever happened,” Patricia Russo, the nonprofit’s executive director says.

At the time, Russo headed the Commission on the Status of Women. After a call from New York Times reporter Andrée Aelion Brooks suggesting the need for a women’s campaign training program, Russo attended a meeting that included Representative Rosa DeLauro (CT) former Representative Nancy Johnson (CT), former Yale Law School Dean Guido Calabresi, and others. The women made the case for a campaign school and Calabresi offered his full support.

Since its creation, the school has educated more than 1,400 women--roughly 70 to 80 each year--about the rigors of running a campaign. Strictly non-partisan and issue-neutral, the curricula focuses on how to run a campaign in real time, including organizing, budgeting, polling, fundraising, public speaking, staffing, working with consultants, and other topics.

The five-day program, which usually takes place in June, costs $1,500. Russo says the most successful students are those who have some political experience, perhaps through a paid or volunteer position on a campaign where they’ve been very hands-on. She says many of the school’s graduates are thriving on a local level, holding municipal or board of education posts and looking for ways to move up to their state legislatures or to the congressional level.

The school has attracted some high-profile faculty including former Republican National Committee chief of staff Anne Hathaway, Rep. Marsha Blackburn (TN), Rep. Elizabeth Esty (CT) and many others who have helped teach women about the essentials of campaign strategy and management. The school also conducts many one-day workshops in various markets to encourage more women to run for public office.

One of the biggest barriers to running for many women is money. Fundraising continues to rank highest on the challenges candidates, especially women, face when planning a campaign. But Russo says many shy away from how “ugly” they perceive the process to be.

She says one of the extraordinary things about the Women’s Campaign School is that it gives women the opportunity to know each other across party lines--something that’s becoming more difficult to do in today’s polarized environment, she says. And women can make a difference, as Sen. Susan Collins (ME) and Sen. Patty Murray (WA) did during the last sequester.

“Susan Collins approached Patty Murray, saying, ‘I can’t sit through another meeting where nothing is going to be resolved. Will you sit with me, and let’s put a plan together. At least put something on the table for the others to consider,’ and that became the deal that ended the sequester. So that’s the power of women in public office, and there’s a reason why we need more women running and women winning,” she says.

“I know that everyone’s jumping up and down that we’ve got 20 women in the United States Senate, and I think it’s great. I would be happier if it was 50,” she says.