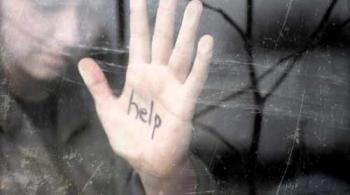 Editor’s Note: The suicide this week of actor and comedian Robin Williams seems to have taken many by surprise. For Alma Rodriguez, 17, who lost her best friend to suicide two years ago, the tragedy reminds her of the importance of knowing the signs to look for when a friend is struggling with depression.

Many kids came and left those Fridays, but one of those nights, a kid named Ryan came and sat by me. I was always so shy, so when he first showed up I didn’t really say much to him. There were days when prayer started later than usual, so we had taken to playing Pikachu, a remix version of rock paper scissors. By the time I was eight, he had become a great friend to me.

Ryan and I had a very weird friendship from the get-go. We’d always see each other at church, but we only ever smiled and said hi to each other. Our conversations usually only occurred on the Friday nights we spent when the kids’ group got together.

When we stopped attending the group, we were stuck with the occasional “hey” here and there. Even when we went to the same middle school, we’d see each other, smile, wave and continue on talking with our own group friends. But every Sunday we’d stand together in the back of the church and have the conversations I couldn’t have with anyone else.

Anyone who saw our interactions at school would probably think that we were simply being chummy, but in reality he was my best friend. He knew everything about me and I knew everything about him. He was someone I could trust and even when we had to go weeks without speaking or seeing each other, we’d still pick up where we left off every Sunday.

In seventh grade, Ryan came out as gay. He was excited to not have to hide anymore and pretend to be someone he wasn’t. At the same time you could sense that he was nervous about the outcome. When he came out at school, there didn’t seem to be a dramatic change; not many people minded who he was.

But one day, I remember walking by his group of friends while I was on my way to class and hearing someone call him a “fag.” As I turned to look at them, Ryan’s friends had already gone their own ways and he began walking toward me. The look on his face really isn’t one I like to remember. It scared me seeing how he was able to hide something so easily.

I remember walking by on a different day to realize that his original group had now been separated into two. One of the groups consisted of him and most of his friends, while the second group consisted of some guys that always had something to say to him. Every day, whenever I passed by the group, one of the guys from the other group was always saying something to him, and every day I’d wait for Ryan to make sure he was doing OK.

Our conversations on Sunday started to change. I always started off asking him how he was doing. I always made sure to tell him that he didn’t have to put up with those guys alone, but every time I brought it up he’d tell me to let it go. I always did. I’d let it go for that moment to keep him happy.

The day I found out he killed himself, it was hard for me to believe. We had just started off our freshman year in high school and had both just turned 15. Before the whole coming out situation, he was always so happy. He always liked making people smile. Many of the people from church loved him, he had this personality that screamed, “lovable.”

When I got that call saying that he’d committed suicide, it made me feel like I hadn’t tried hard enough to make things right. The feeling of losing someone close to you is already so heartbreaking, but finding out that he purposely took his life makes you realize that something was never really “fine” like he said it was. It slowly eats at you because you're constantly trying to figure out when it all changed, and why he couldn't trust you enough to help him. But then eventually you realize that you were there to help and that as much as it hurts, the past can't be undone.

Losing my best friend meant that I had lost a part of me. We may not have hung out every day at school or outside of those Sunday afternoons, but he was there for me. When my grandparents passed away, he was my shoulder to cry on, and he was the one that made everything better. So when he left, I felt like I didn't have anyone there to help me smile through all the pain, to make everything better.

Looking back now, two years later, I wish I had realized all the little signs he had given off that he wasn’t OK. My advice for anyone who might be experiencing this is that no matter how “fine” people say they are, always make sure you look at all the little details, like their eyes, or their body language. When I look back to all those time I asked Ryan if he was OK, I remember seeing how stiff he'd get when I brought it up.

At the time, I thought maybe he was just irritated at the fact that I didn't want to let things go. But it was probably because bringing up the topic was a reminder that he was actually going through a rough time.

He had always been a hyper kid. There was never really a time when he wasn’t smiling. And once the bullying started, he put up these walls. He'd smile and say everything was alright, but it seemed like he was never really there.

Sometimes you'd catch him staring at you with this distant look in his eyes. But if you asked him what was up with that, he’d brush it aside with an “I'm just tired.” Sometimes the way people carry themselves says more than they will tell. If something is wrong, they won't necessarily put it out there.

I don't think Ryan was ever able to speak about the way he felt because he was scared that people would look at him differently. Ryan always wanted people to like him; he didn't want anyone to look at him like he was weak. I guess he thought that if he spoke about what he was going through, someone would pity him or poke fun at it.

If someone you know is showing signs of depression, like withdrawing or becoming distant, don't ignore it. If you or someone you know have had troubles and difficulties with depression, alcohol, bullying or substance abuse, always ask someone for help, because someone will always be there.