The Effect Crowdfunding Has on Venerable Nonprofits Raises Concern 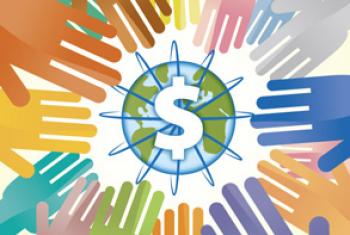 THE ads ran for years. The global charity Save the Children asked for a monthly donation, and in return, a few times a year the donors received a photo and handwritten note or drawing from children in impoverished places like Haiti.

The idea, of course, was that donors would have some sort of connection to the contribution. Most people knew that, in reality, the few dollars were not given directly to those children but to projects that would supposedly benefit them.

Nowadays, if people want to offer a similar gift, they can go to any number of crowdfunding sites where lots of small donors give money to a project or venture — like Fundly.com, Indiegogo.com, CrowdRise.com or GoFundMe.com — and bypass the middleman altogether.

On those sites, which usually make their money by taking a percentage of the funds raised, people with sympathetic stories seek sponsors — a young girl who needs a stem-cell treatment, a woman who wants money to adopt a child or a classroom of low-income students who want to visit Washington.

But crowdfunding raises questions. If young people give to these single-issue causes, is there less likelihood they will donate to the legacy charities such as the Red Cross, United Way and, yes, Save the Children? Does the individual and direct nature of crowdfunding act as a spur or a drain to such longtime nonprofits?

“Crowdfunding is particularly attractive to younger donors who are looking for a more direct connection to the causes and people they’re supporting,” said Katherina M. Rosqueta, executive director of the Center for High Impact Philanthropy at the University of Pennsylvania. “I think of it as a tool, one which might bring stories and issues to particular donors who wouldn’t otherwise be aware and prompt them to give.”

But a direct connection doesn’t necessarily mean it is more effective. Ms. Rosqueta says the bigger, more established charities play a role that crowdfunding does not. These organizations “bring deep experience and knowledge to their area,” she said. “They’ve had to measure and manage their own results for donors. People might feel a more direct connection in crowdfunding, but it doesn’t mean it’s doing the most good.”

The money raised in crowdfunding — about $1.6 billion nationally and $2.7 billion worldwide in 2012, according to the research company Massolution — is minuscule compared with the approximately $300 billion raised by nonprofits in this country alone, according to Giving USA, the annual report of charitable donations.

But the nonprofits’ figure isn’t growing. Since the 1970s, charitable donations have made up about 2 percent of the gross domestic product and Americans, on average, give 2 percent of their gross income to charities — including universities and religious institutions. That comes to about $1,500 a year per household.

Donation and reward-based crowdfunding, which is growing off a decidedly lower base, increased by more than 85 percent worldwide in 2012 over the previous year, according to MassolutionChristin Putnam of Larchmont, N.Y., discovered crowdfunding when someone she knew asked for support for a project, which is typical of many crowdfunding donors. “I give to projects that appeal to me on a personal level,” said Ms. Putnam. Her donations, she said, “reflect my own quirky interests. For example, I have funded history books and maps for a classroom, organic seeds for a school classroom, a film about bullying and Jewish community project in the town of Auschwitz.”

Ms. Putnam said that she still supported traditional philanthropies “because I agree with their mission and have longstanding ties,” but said that giving to sites like donorchoose.org, which is for teachers, is more fun “and more like an impulse buy.”

Research shows that impulse donating is common on crowdfunding sites, said Gregory Saxton, director of the Graduate Studies at the Department of Communication at the State University of New York, Buffalo. But, he said, research also shows that many donors don’t seem to particularly care whether or not a project they support is financially effective. Rather, they are swayed by attention-getting videos and sentimental stories rather than the depth of the need.

Charities have long used heart-rending photos, tear-jerking songs or poignant tales to attract donors. In an early version of crowdfunding, the newspaper magnate Joseph Pulitzer said in 1885 that he would print the name of every person who donated to the construction of a pedestal for the Statue of Liberty on the front page of his newspaper and would also print human interest stories sent along with the donations. Soon, more than 120,000 people had donated $100,000 — $2.3 million in current dollars — enough to pay for the pedestal.

Mr. Pulitzer may not have realized that he was combining the very ingredients that Danae Ringelmann, co-founder of Indiegogo.com, says inspires people to donate to crowdfunding: passion for the project, trust in the person behind it, involvement in something bigger than oneself and the receipt of a perk.

The traditional charities have not ignored the potential of crowdfunding. Ettore Rossetti, director of digital marketing and social media for Save the Children, said his organization had benefited from several crowdfunding appeals, and had also started some of its own campaigns. “The way charities used to be run was on brand loyalty,” he said. “That’s not so true anymore. There’s a risk, if you’re not nimble and don’t participate in new media, you can absolutely be left behind. ”

But Mr. Rossetti also expressed concern that some people believed crowdfunding causes were better because they appeared to more directly help those in need. “I think crowdfunding is good, but there is the risk of being beholden to the whim of popularity,” he said.

Others are worried about the tendency of crowdfunding to dismiss overhead and administrative costs as needless bureaucracy, without realizing the complicated causes that large charities address.

“A very simplistic project can be great, but if it becomes the sole means people give, we’re going to end up addressing a much narrower set of social problems,” said Ken Berger, president of Charity Navigator, which monitors nonprofits. “Take homelessness. It’s not a simple story. We can’t only focus on one aspect like job training or affordable housing.”

Ms. Ringelmann of Indiegogo doesn’t see a conflict. She says sites like hers can work with and help push traditional charities to be more transparent in how their money is spent.

The question will be if, like Ms. Putnam, most donors are willing to give to both traditional charities and crowdfunding. “We need traditional charities such as museums and universities because they are essential to our society,” she said, “but we also need to support people outside the mainstream.”