What's In A Name? What You Make of It! 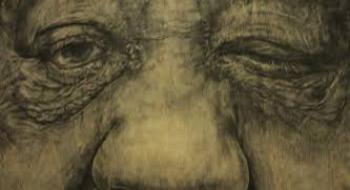 A war on the memories of Mexican Americans and other minorities is occurring raging throughout the country, and I am interested in knowing why the right wing is so obsessed with erasing our historical memory? In places such as Arizona and Texas these zealots have used the power of government to censor books and replace the truth with fairy tales.

A major problem with these assaults is that most people fail to recognize the threat. The erasure is so slow that it goes almost unnoticed. It is similar to aging. The "maturing" process is hidden by cosmetic procedures such as hair coloring. The loss of historical memory goes is also obfuscated by immediate problems such as deportations or a presidential election.

Take the erasure of the term "Chicano". It has taken place before our eyes. It is disheartening when you consider how much we have invested in the term, and how much part of our memories it is. It would seem to me that we should at least ask, why?

We cannot solely blame the government or the beer companies. Activists share the blame for the erasure of the term Chicano. We have failed to explain the legacies of the Chicana/o movement often not going beyond the East LA Walkouts or the Chicano Moratorium.

My good friend Jorge Mariscal, a professor of Chicano arts and humanities at UC San Diego, is quoted as saying that the decline in the relevance of the term Chicano and interest in studying the Mexican American community in an academic context is "maybe that term [Chicano]is not what's appropriate for unifying a mobilization of young people in 2013."

I disagree. Perhaps a more self-critical response would be that Chicana/o Studies has failed in its duty to memory. It has failed to document the achievements of the Chicana/o generation in concrete material terms. As a consequence, the present generation of students, faculty members and community have not benefited from an institutional memory.

I consider proposals to change the name of Chicana/o Studies or simply tack on Latino to be inchoate. The presumption is that by dyeing Chicana/o Studies that it will be more attractive and interest more students.

In my opinion, the only reasons that it would make sense to change the name would be 1) if we could broaden our course offerings to include Latin America, and 2) the change would indeed attract more students.

If my memory informs me correctly, we tried several times to initiate an interdisciplinary Latin American Studies major, and we were shot down by the Spanish Department. What makes us think that at this juncture Spanish along with history, political science, art, music etc. will roll over and allow Chicana/o studies to offer these classes in competition with their own offerings?

As for the proposition that it would attract more Latino students: this is a specious argument when you consider the demographics. The overwhelming Latino population in the southwest is of Mexican origin. The change would perhaps make sense in Chicago and points east but not in LA, San Antonio or even Tucson.

When we changed the name of the area of study from Mexican American to Chicano I voted against the proposal. For me the problem was that we were not accepted as Mexicans, and at the time the saying was Mexicans in the West and Puerto Ricans in the East. What has changed since then is the growth and spread of the Mexican-origin population.

But, once I was outvoted I embraced the term Chicano and committed myself to it for life. You cannot continuously change your identity without developing cultural schizophrenia. Pretty soon you have to ask, who am I?

I remember when Save-on drugs changed its name to Osco. Many in the Mexican American community began calling the chain Asco, which translates to revolting, nauseating or sickening – literally that you want to throw up.

The truth be told, the term Chicano is actually much more inclusive than Mexican American or even Latino. Therefore, instead of cosmetic solutions, the answer is education.

At Cal State Northridge, we tried to bridge this dichotomy by calling the alumni group La Raza Alumni -- it hasn't worked. A lot of the older alumni ask, what happened to Chicano?

Looking at it objectively, the Chicana/o brand is a good one. It left a legacy that has improved over the years. Today Chicana/o students are more open to international issues and way less sexist and homophobic.

The fact is that every Mexican American and Latino student who enters higher education owes the Chicana/o Generation – it opened the doors to the middle-class heaven that many enjoy. It has also produced an impressive body of scholarship.

We are supposed to be custodians of the truth, and it is our duty to keep the memory alive. However, I concede that this is a difficult task in a country where history is rooted in colonialism and in a language and iconography that want us to forget.

On April 27th from 5 to 10 PM on the first floor of Jerome Richfield Hall a group of alumni, students and Chicana/o Studies professors are partially addressing our duty to memory and launching a campaign to take back our history. A disconnect has developed between Chicana/o Studies and the alumni and the community. Like the rest of society, we have forgotten how we got here and where we are going.

For many of us memory is a gift, and it is our duty to preserve it, and pass it on to future generations. In places like Arizona, we are witnessing the forces of reaction attempting to control or wipe out our memory, distorting the epistemological underpinnings of our history. The motive behind this erasure is to constrain us, limit us, and control us. The loss of our historical memory clouds our political vision, direction and resolve.

We want to take back our history and by doing so remember how far we have come, and how far we must go.

At California State University Northridge, we have been fortunate to have had exceptional students that have contributed to building a network of professionals that continue to contribute to the Mexican American and Latino community. Most of us owe our jobs and a treasure trove of life experiences to these memories that are unfortunately being lost or wiped out.

The program for the evening of April 27 is simple: we will be screening alumni Miguel Duran's hour long documentary "Unrest" on the founding of the department. Mechistas Jose Reyes Garcia, Everto Ruiz, Oscar Castillo and Marta Ramirez will exhibit photos ca. 1969-1974. They will be available to answer questions.

Marta Ramirez will deliver the platica on the forming of a Chicana/o identity on campus. There were only about fifty Mexican American students at SFVSC in the fall of 1968. Marta is a renowned artist who studied with the great David Alfaro Siqueiros. She will discuss her Mecha years, the occupation of the free speech area and her journey in Teatro Aztlan and the renowned Mexican teatro, Los Mascarones.

We would appreciate your support in collecting photos of deceased alumni, faculty and staff. We want to memorialize them.

This is a beginning, and we then want to take the exhibit to San Fernando, Oxnard and possibly Santa Paula in the 2013-14 calendar year. Hopefully, other alumni will make themselves available for spring 2014 when we will have another exhibit – nurturing our memories and friendships.