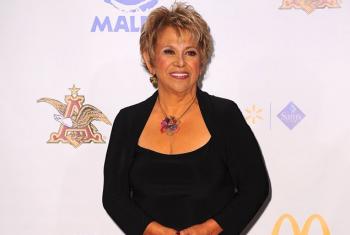 When I was a kid – many years ago – Mexicans rarely played Mexicans in the movies. Anyone with black hair and a phony accent could do the job – actors were generally white – some good and some bad.

In a way, this is still happening. Regardless of how un-Mexican the accent of an actor, all Latinos are Mexicans to white people who would probably be offended to see an Englishman play an American with an British accent.

It is common sense that 55 million U.S. Latinos are not homogeneous. The Mexican Americans make up close to 70 percent of this group, and even among themselves they are diverse, coming from different regions of Mexico.

They live throughout the United States. Where they live determines who they are — the experiences of Mexican Americans in Los Angeles, San Antonio, Tucson, Chicago and the Yakima are all unique. My students from South Central have a different intonation than those from East LA. New York is not LA, and LA is not Chicago.

This brings me to the media that has replaced Hollywood in the creation of stereotypes.

For a couple of weeks, the Tucsonenses have been after me to look at  “Outlawed in Arizona,” produced by Need to Know, a PBS (Public Broadcast System) production (http://video.pbs.org/video/2335625906/). The piece is on the banning of Tucson’s Mexican American Studies Program. I dragged my feet frankly because I almost always get a stomach ache when I review a PBS special on Latinos.

I still remember going round and round with broadcasters over Ken Burns’ special on World War II. As in the case of his documentaries on jazz and baseball, Mexican Americans and Latinos do not exist for Burns.

For over a decade, PBS has become mushy, responding to the pressure of the Republican Party that even attacks Big Bird. PBS wants to prove it is fair. I always leave PBS with a pseudo-intellectual impression of the people there. However, I like María Hinojosa since her days at Public Radio, and I know her brother, so why not give it a shot?

I viewed “Outlawed in Arizona.” The first two-thirds was not bad. Quality filming and it told the familiar story. It was not particularly probative. Not in the same league as “Outlawing Shakespeare: The Battle for the Tucson Mind,” http://vimeo.com/52507462, which does a much better job in interviewing Arizona Attorney General Tom Horne, and exposing his motivations for banning the program. Neither was it as provocative as Jon Stewart’s “Tucson’s Mexican-American Studies Ban” (http://blog.altoarizona.com/blog/2012/04/the-daily-show-with-jon-stewart-tucsons-mexican-american-studies-ban.html). Still, I thought this is not bad for PBS.

Then came the interview with Claudio Ivan Remeseira. He is a New York-based award-winning journalist, writer and cultural critic who looks like Univision’s Jorge Ramos – accent and all. His credentials – Remeseira is the director of the Hispanic New York Project, hosted by Columbia University’s American Studies Program, and he is the editor of Hispanic New York: A Sourcebook (Columbia University Press, 2010) — an anthology of essays on the city’s Latino, Latin American and Iberian cultural heritage. Remeseira earned his Licenciatura en filosofía from Universidad de Buenos Aires (1990) and an M.S. in Journalism from Columbia University (2002). He has no teaching experience.

What seemingly qualifies him as an expert on Tucson’s MAS Program is that he has written several blogs on Walt Whitman’s take on Hispanic immigration – Whitman wrote it over 150 years ago. Whitman was a good poet, but he was also a proponent of American exceptionalism. Reading his “Leaves of Grass” (1855) always relieves my constipation.

Despite his lack of credentials Remeseira was allowed to give his opinion on MAS and the teaching of history. His views obfuscated the facts. They certainly did not cast a bright light on the issue of school dropouts or the controversy.

Remeseira knows just a little bit more than Horne who knows nothing.

PBS once more slighted Mexican American children and that community. I doubt whether it would have been so cavalier with any other group.

The Slighting of Latinos

On the heels of the dissing by PBS, the Academy Awards chose to ignore Mexican Americans and Latinos. In its Memoriam reel it left out actress Lupe Ontiveros who passed away on July 26, 2012. She was loved in the Mexican American community and had steady credits for a 35 year career in films like “Zoot Suit,” “Selena,” “Real Women Have Curves,” and “El Norte.” As in the case of PBS and Ken Burns, the Academy posted a supplementary “In Memorium” online gallery. Again, we became an afterthought. In life Ontiveros played maids or workers – Mr. and Mrs. Everyperson.

Seth MacFarlane did a lousy job as host of Oscars 2013. I did not appreciate his joke about Salma Hayek’s accent. She was visibly shaken and tried very hard to enunciate her words. I for one love her accent.

I am particularly sensitive to this. My wife has an accent, and she is always getting “I can’t understand you” from some idiot who falls backwards for a French accent because he believes that it sounds sexy or a German accent because it is supposed to sound intelligent. But when it comes to a Mexican or an Asian he cannot understand them.

Ethnic jokes are getting old as are sexist jokes. George López can be very funny, but his homophobic jokes often detract from the intelligence of the joke and play to the stupidity of the audience.

I was offended by MacFarlane’s joke about Jews in Hollywood. I won’t be hypocritical; I criticize Israel’s treatment of Palestinians. I find Israel’s foreign policy as being overly aggressive and racist. However, there is a difference between criticizing a nation and generalizing about individuals especially when Hollywood is one of the few liberal sectors of the United States, and many (not all) prominent Jews have promoted equal and fair treatment of minorities. Witness Norman Lear.

I consider myself pretty well read, but the recent items on the History of the Koch Family really amaze me. In reading them I can better understand the Tea Party, which is a Koch Family construct. Damien Crisp, in a CNN Report titled “The Kochs, A Nazi Past, Oil & The Foundation of The Right,” http://ireport.cnn.com/docs/DOC-500857 traces the family connections with the Nazis, sketching the family’s role in the founding of the John Birch Society and the Tea Party Movement.

In another article by Yasha Levine “A People’s History of Koch Industries: How Stalin Funded the Tea Party Movement,” http://exiledonline.com/a-peoples-history-of-koch-industries-how-stalin-funded-the-tea-party-movement/ the author writes, “What few realize is that the secretive oil billionaires of the Koch family, the main supporters of the right-wing groups that orchestrated the Tea Party movement, would not have the means to bankroll their favorite causes had it not been for the pile of money the family made working for the Bolsheviks in the late 1920s and early 1930s, building refineries, training Communist engineers and laying down the foundation of Soviet oil infrastructure.”

In other words, the Kochs played the anti-communist card while making millions in contracts from Stalin, covering up their duplicity by rapid anti-communist and anti- liberal rhetoric.

However, in the last analysis the family was more pro-Nazi than Communist.

The item on the Kochs sums up this blog. They are against critical thinking because then people will learn that the Tea Party is not a spontaneous movement, it is not democratic, and Horne is not acting in a vacuum. One way to cover this up is to re-invent the past, get rid of Mexican American Studies, and like the film Inception manipulate our memories.

Why should the Kochs pay taxes to educate Mexican Americans, Blacks or Native Americans? “Need to Know” did not delve into the past, and ignored truths such as in the case of the Kochs. It did not want to know. There was not a single question on the Tea Party and the extremism of white Republicans.

Understandably Professor Claudio Ivan Remeseira was not vetted. He did not have minimum credentials when it came to Mexican American education. He has a Master of Arts in Journalism. If he had been a Mexican or a Latino you can bet he or she would have not made the cut without a PhD.

As for the Academy, Ontiveros and Salma Hayek can be dismissed despite having thick resumes. Ontiveros as an actor and a humanitarian and as a leader in her community will be missed. Salma Hayek is not just a cute Mexican girl dancing with a snake. She has produced an Academy nominated movie, and created and produced the TV series “Ugly Betty” whose star received an Emy. She is respected and said to be respectful of others.

There is a difference between a joke and a cheap shot. But I guess  MacFarlane has to make a name – it is tragic since he is talented. “Need to Know” falls into the same league.