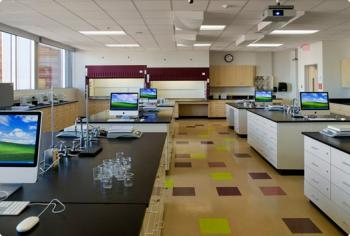 Findings released on Wednesday by the Milken Institute corroborate a view many in higher education have found themselves defending in recent years: A college education pays.

In a reporttitled “A Matter of Degrees: The Effect of Educational Attainment on Regional Economic Prosperity,” the nonprofit, nonpartisan think tank says its research proves “the strong relationship between educational attainment and a region’s economic performance.”

The report associates education with increases in real gross domestic product per capita and real wages, linking the addition of one year in a worker’s average years of schooling to a 10.5-percent rise in a region’s real GDP per capita and a 8.4-percent rise in the region’s real wages. The regional jumps in GDP and wages grow even larger—to 17.4 percent and 17.8 percent, respectively—when applied to workers who already hold at least a high-school diploma.

The report cites as an example the work force in Danville, Va., where workers’ average years of schooling increased by 1.1 years from 1990 to 2010, paralleling an increase in real GDP per capita of $3,440.

While interest in whether education affects pay isn’t new,the Milken Institute’s report makes what it calls a “less conventional” assertion, concluding that less-educated workers can benefit simply by being employed in the same geographic area as well-educated workers.

“As others around you obtain more education, their wages rise—and yours do, too,” the report states.

The report notes that “returns to investment in education appear to be higher in some industries than in others,” with the greatest returns seen in areas where business and information-technology service industries involving high-skilled workers make up a large share of the labor force. Milken backs up its findings with data going back more than 30 years that show educational attainment by age, state, metropolitan area, and occupation, and its relation to real wages and real GDP per capita.The report also includes five broad policy recommendations for governments, educational institutions, and businesses that it says will enhance economic competitiveness regionally and, eventually, nationwide. The recommendations are: make higher education more affordable and accessible, increase graduation rates, strengthen coordination between  higher-education institutions and industries, and promote research and  development