Is the Voting Rights Act Passe? 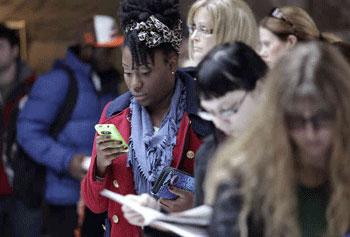 These days, voting is largely uneventful.  You show up at the polls, check in, vote, and get your sticker.

Long gone are the days of having to take a literacy test, such as that used in Alabama in 1965 that was a 68 question civics exam that I doubt most of my political science students could ace.   We also no longer have to shell out the equivalent of a day’s wages to cast a vote.  And finally while some of us may experience burdensome lines to vote we are not in physical danger of violence or intimidation to keep us from polls.

The 1965 Voting Rights Act not only outlawed voter suppression through intimidation, poll taxes, and literacy tests, but it provided the government the teeth to implement these enforcements.  The 1965 VRA protected voting rights by not just having the ability to react to the suppression of voting rights but by pro-actively preventing mechanisms that would infringe on an individual’s voting rights.

Section 5 of the Voting Rights Act is the legislation’s hall monitor.  Under this section the most egregious voting rights bullies were put on notice that they’d have to check in and make sure any change in their voting rules didn’t go back to their bullying ways.  Most of the Southern states along with Arizona, Alaska, and a number of counties throughout the nation met the criteria for needing a little extra vigilance and protection from the VRA hall monitor.

But, it’s no fun to be monitored and to have to raise your hand and ask permission to do something, such as change a voting protocol.  This is exactly the sentiment of one VRA covered jurisdiction, Shelby County, Alabama, and they will be appearing before the Supreme Court next week to argue that the Section 5 hall monitor is no longer needed and that good voting rights behavior will follow.

Close to 50 years have gone by since the passage of the Voting Rights Act.  In that time we have seen minority registration and voting increase manifold in the absence of voter suppression devices.  We have also seen a steady growth of minority elected officials, most notably the election of our first African-American president.  At first sight wecould say that the protections Section 5 of the VRA provides are outdated and unnecessary, that voter suppression and related negative racial attitudes among whites are a thing of the past.  As a result, Section 5 is not needed anymore.

But not so fast, the research says…

Research collectedby legal and political science scholars show that the covered jurisdictions under Section 5 are still more likely than non-covered areas to adopt policies that make voting more difficult for minorities. For example, half of the states fully covered by section 5 currently have or have pending a requirement that all voters have a photo ID.  Only sixteen percent of states not covered by Section 5 have this requirement.

At first sight, it may not seem like a big deal to have a photo ID, but as it turns out poorer folks, who frequently turn out to be minorities are the least likely to have photo ID and also the least likely to be able to afford the fees associated with IDS.  Covered states are also more restrictive in allowing persons convicted of felonies to vote.  In short, the areas that still fall under Section 5 of the VRA continue to exhibit suppressive voting tendencies toward minorities, although in a less direct manner.

Beyond having more suppressive voting procedures we also see that  minorities in covered areas are more economically vulnerable than their  counterparts in non-covered jurisdictions.  This economic vulnerability  in turn compounds the potential negative effect of changes in voting  laws.  And finally, while it’s not pleasant to talk about we do see  evidence of greater racial antipathies among whites toward minorities in covered jurisdictions as opposed to non-covered areas.

Voting is the great equalizer. It doesn’t matter how much money you have or how many elected officials you have on your speed dial.  Everyone is the same the moment we cast our  ballot.  However, that equality depends on equal access to the ballot,  something which regrettably is not automatic and that must be actively  protected.  Perhaps one day we will no longer need Section 5 of the VRA, but today it’s still necessary to keep the hall monitor in place.