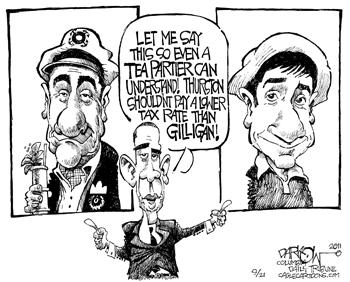 The National Rifle Association, primarily funded by the $12 billion-dollar gun industry, has four million members, One-third of Americans–about 100 million–are gun-owners. Does the NRA speak for all of them?

Sandy Hook penetrated our national numbness to gun violence but, we could get stuck in stubborn circular arguments like Roe. V. Wade opponents make, deliberately distracting from real issues.

I’m the only un-armed person in my Texas, gun-owning family. But, after experiencing crime, I’ve seriously considered getting a gun twice. Law enforcement remains lax on rape, domestic violence and stalking. Dealing with PTSD and being visually-impaired, I concluded gun-ownership wasn’t the responsible choice for me but, I understand seeing the Second Amendment as one’s strongest self-defense.

We must deal in facts and the genuine complexities of the issue–not well-funded propaganda by the gun-manufacturers’ lobby or wishful thinking. Despite NRA hysteria about “gun-grabbers”, the reality is no one suggests the U.S. imitate mostly gun-free Britain.

The loudest voices peddle false history about “fighting tyranny” to bolster their hysterical belief that any gun regulation “infringes” on gun-owners’ rts. The Supreme Court’s Heller decision (2008), affirming individual gun rights, is the opposite of NRA anti-regulation intractability, saying:

“(2) Like most rights, the Second Amendment right is not unlimited. It is not a right to keep and carry any weapon whatsoever in any manner whatsoever and for whatever purpose… The Court’s opinion should not be taken to cast doubt on …laws imposing conditions and qualifications on the commercial sale of arms. [emphasis added ] Pp. 54–56.”

Senator Diane Feinstein’s assault weapons bill bans bullet clips with over 10 rounds and 158 weapons by actual name [for example. (AR15 and Bushmaster] and by technical description. ‘ Feinstein said, “The assault weapon was developed for military purposes: to kill in close combat. ,,,…[the bill] will grandfather [allow] the weapons that people already have, [but] subject those weapons either to licensing or to a trigger lock… those grandfathered weapons will be over 2,200 [types]’”

In the Tuscan mass shooting that killed six and injured twelve, including, Congresswoman Gabby Giffords, the attacker was not stopped by the armed legal gun-owner present.—as Second Amendment extremists would have you believe. An unarmed middle-aged woman grabbed the shooter‘s arm as he reloaded. Gun-owner, Joe Zamudo, feared more bystanders being hit if he started firing off rounds.
.
The January 27th New York Times reported that, for 17 years, the NRA blocked funding research on gun violence by government agencies–including in Obamacare.. What is the NRA afraid we’ll find out?

Before even knowing what President Obama’s 23 Executive Orders were, the NRA unilaterally rejected them.. The only “solutions” the NRA suggests are: More guns. (with 300 million guns in the U.S. now, and rising.) Ban violent video games. Armed guards in schools. List mentally ill.

One month after Sandy Hook, the NRA released its new video game, “Practice Range”, with nine gun options, including the AK47, M16 and Dragunov sniper rifle. Suggested age for play: four years old and up (quickly changed to age twelve after public outrage). Research doesn’t indicate video games directly cause violence but, do we really want immature youth acquiring sniper skills, as the 1998 Jonesboro, Arkansas school shooters did? Having to be 18 to buy “Practice Range” or “Grand Theft Auto,” lets parents decide if it’s healthy for their kids to “win points” by racking up body counts.

Schools remain the safest places for children—safer than streets or even homes. Students of color are already over-policed and under-educated. More school counselors and violence prevention programs are wiser uses of estimated $2 billion annually for guards.

A January 23rd Congressional hearing exposed our Swiss cheese background check system, where 30 states fail to share complete information, yet, from 2008-20012 over one million people were denied legal gun purchases..
Only 10% of illegal guns are acquired through theft. Felons stroll through huge “private seller” loopholes.: thousands of gun-sale websites, gun shows or from an individual—with no background check. Almost 75% of NRA members and 92% of Americans support fixing this. At the January 30th Senate hearings, NRA’s Wayne LaPierre flatly rejected closing loopholes. Title-changes are required for private car sales–why not guns?

Another route to illegal guns is “straw buyers”–legal gun-owners buying guns for felons. After a gun is used in a crime, the original owner claims it was stolen or “lost”—never having reported to police. The ‘war on drugs’ mandates five year sentences for small amounts of cocaine, yet, “straw buyers” putting guns into felons’’ hands face misdemeanors.