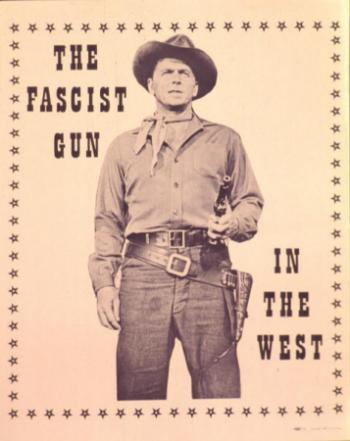 The National Committee for Protection of Foreign Born Workers was established in 1923 in reaction to the virulent xenophobia of a Republican Congress and President toward immigrant workers, and their right to organize and strike. This campaign resulted in the Immigration Acts of 1921 and in 1924. The latter ushered in an era of racial engineering designed to keep America American, which meant not only white, but northern European and Protestant.


The protection for the foreign born movement was not new – it dated back to the 1820s as church people sought to protect Irish workers and their families. Over the years it became part of progressive thinking in the United States.


The American Dream was different in the nineteenth century. What was an American was more narrowly defined. The suffrage and birth control had a dream for equality for women, but also harbored dreams of a white –Protestant America. But even then, a progressive strain existed within these movements that had a broader and more human vision.


For example, twenty years ago I had the honor of staying at the Alma Mathews House in New York. It was part of a women’s settlement house movement that used to go down to the docks to meet boatloads of immigrants. They would compete with the pimps, and take young girls to the house and give them free lodging until they could get jobs.


Mainstream labor at first did not seek to accommodate the immigrant; its American dream was all white. Indeed, the Western Federation of Miners that had a progressive reputation discriminated against and excluded Mexican workers. The protection of foreign workers regardless of race fell almost solely on the Industrial Workers of the World.


For progressives, human rights gradually became as much part of labor as were economic rights.


The protection for the foreign born movement is much larger today, and along with the feminist and the Gay and Lesbian Rights Movements, it fights for human rights. The Dream Act struggle formally began nationally on April 25, 2001 when Representative Luis Gutiérrez introduced the "Immigrant Children's Educational Advancement and Dropout Prevention Act of 2001." But it is much older, and has come a long way since that time. Ownership today belongs to the Dreamers, young undocumented immigrants.


I support these three movements, although I have questions about the American Dream. When gays demanded access to ROTC, I asked why? I have the same feeling about woman demanding the right to fight in combat. Currently there are some Dreamers who are asking for the right to join the armed forces. In every case, it is part of the American Dream – of being American – of trying to prove you are an American. I wonder if this should be so, especially if the American Dream includes an imperialist foreign policy.


It is baffling that these targets of discrimination believe in the American Dream when so many of us who are citizens are disillusioned with it. Someone would say we are pessimistic or that we have suffered a loss of nationalism – maybe so!


Some people exist on dreams. It is natural for human beings to want a better life – that is why we have revolutions. Everyone whether they are brown or white wants a better life.


The American Dream has been constructed by fashion magazines, the media and motion pictures. The United States has the material trappings that most of the rest of the world lack.


It is similar to what Carey McWilliams calls the “Fantasy heritage” – the mystique surrounding California.  John Steven McGroarty in Mission Memories (1929) wrote, “California was the happiest land the world had ever known. There was peace and plenty, and hospitality became a religion. Song and laughter filled the sunny mornings.”  Magazines and the movies popularized this “American apotheosis.”


According to geographer Don Mitchell, the myth created a disconnect between image and reality. Mitchell used a scene from The Grapes of Wrath to demonstrate his point: The Joads travelling from Oklahoma through inhospitable land reach the crest of the Tehachapi Pass and look down at the San Joaquin Valley – the California Eden.


Pa Joad: "I never knowed there was anything like her." Ma Joad: "Thank God! The fambly's here." They drive on down into the valley. As they get closer they see the suffering families of all races. Starving children; suffering of the workers -- discrimination.


The “Fantasy heritage” that McWilliams talks about is the selective appropriation of historical fact. Instruments of oppression such as the missions and ranchos are romanticized. It is as if Hollywood were writing history.


When I was a child my father would tell me about life. He would grow solemn and say, “I don’t want you to make the same mistakes that I did.” He thought that if he told me his experiences I would not get hurt. Of course, I made the same mistakes; I pursued the dreams of my time.


The best way not to make mistakes is to live life, look behind the landscape, and to do that you have to get close to it. My greatest criticism of Chicana/o scholars is that like their white counterparts, they are creating impressionistic landscapes -- never separating the dream from reality. They are learning history in translation. Thus, they recycle their chismes, never living or waking up, never seeing life in the original.


Not long ago a group of graduate students wanted a course on anarchism. I told them to go to anarchist meetings; you can never know an environment without knowing what is behind the landscape.


It is not that you acquire knowledge solely by doing. Literature, history and the arts all add to your appreciation of what you see.


”La vida es sueño” is about Segismundo, a Polish prince, who is banished to a prison when he is born – a prophesy tells the king that his son, Segismundo, will be a cruel king. He sends the infant to prison. When he reaches adulthood, the king relents. He brings him to the court and tells him the truth.  Segismundo drunk with power and anger, acts out the prophesy. The horrified king drugs the prince, and returns him to the prison. When he awakens he does not know whether he is dreaming or awake,


I dream that I am here

by these gaols burdened,

and I dreamed that in another condition

happier I saw myself.

What is life? A frenzy.

What is life? An illusion,

A shadow, a fiction,

And the greatest good puny is;

For life entire is a dream,

And the dreams, nothing but dreams are.

Segismundo is freed by his father’s enemies, and he defeats his father in battle. As he is about to kill the king, he relents, what if it is all a dream: “if a dream taught me this wisdom, and if I still fear I may wake up and find myself once more confined in prison? And even if this should not happen, merely to dream it is enough. For this I have come to know, that all human happiness finally ceases, like a dream.”


But, if we don’t wake up, how can we tell if it is a dream or real? Our dreams may very well turn out to be nightmares for others.