Politics is the art of compromise? 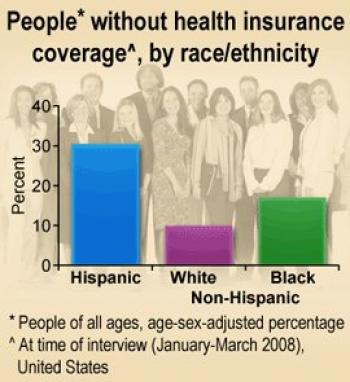 The most overused saying among liberals is that politics is the art of compromise, and it gripes me to no end. Liberals repeat it with such smugness as if they were sages. I find it so pretentious -- to the point that I consider it a bunch of toro dung.

It is like saying that politics is the art of the possible, an equally absurd, pretentious and irritating notion. What happened to the impossible dream? Shouldn’t we always strive for something better?

If we have to have a standard wouldn’t a better saying be that politics is the art of principle after all politics is not a game. It involves people, and consequences.

In my own little world, I have seen too many Chicana/o studies programs compromised out of existence with administrators convincing Chicana/o negotiators that it was impossible to give them what they wanted, not enough money. At the same time the president of the institution draws down $300,000 a year, and gets perks such as housing, a per diem, and an automobile. One recently retired university president that I know sits on two corporate boards of directors, and draws down an extra $300,000.

This is academe’s version of one potato two potatoes three potatoes, more.

The game gets ridiculous.  Faculties at institutions of higher learning supposedly have shared governance. In fact, every committee is merely advisory to the president who can accept or reject the recommendations.

For the past several years California State University professors have been playing footsies with the administration or better still the chancellor’s office over the budget and pay raises. This is a Catch-22, however. Faculty members also say that they are concerned about the escalating tuition; note that students pay as much as 80 percent of instructional costs. So where is the additional revenue going to come from? Professors love students, but not enough to forgo raises or out of principle go on strike to trim back the number of administrators and the presidents’ salaries.

It really gets ridiculous at times. At Northridge, Chicana/o studies was threatened that if it exceeded its target enrollment that the department would be penalized and its budget cut. Our former chancellor wanted to pressure the state legislature to cough up more money by turning back students. The administration minions at the disparate campuses justified this by repeating the party line that numbers do not count. In fact they laid a guilt trip on us saying that Chicana/o studies professors we were not team players because we admitting too many students.

As a result, this semester we have a crisis. The institution did not admit enough students; the rational was if we had fewer students, then we would spend less. But it does not work that way. At state universities even the allocation for paper clips depends on how many students you are taking in. That is why most departments are now being told to beef up their enrollment or lose a portion of their department budget.

Good old compromise got us there as well as the illusion that faculty has power.  In fact there were other possibilities. Compromise was not necessarily one of them.

The word compromise is insidious. President Barack Obama has been trying to play Henry Clay and show that he is a great compromiser – forgetting that he is not bargaining for a used car.

President Obama compromised and got his Obama care package. A half a loaf is better than none my Democrat friends repeated, smiled, and nodded. But, according to the New York Times, “Americans continue to spend more on health care than patients anywhere else. In 2009, we spent $7,960 per person, twice as much as France, which is known for providing very good health services.” An appendectomy in Germany costs a quarter of what it costs in the United States; an M.R.I. scan less than a third as much in Canada.

The U.S. devotes far more of its economy to health care than other industrialized countries. It spends two and a half times more than the other countries do for health care; most of it is funneled through giant health corporations. Why do we pay more? Could it be because Obama compromised on the single payer?

I have been to France, Spain and Germany; I can testify that the quality of care is on a par and often better than in the U.S. and the earnings and prestige of doctors is equivalent or better.

Why is this? Could it be that they don’t have giant medical corporations making tremendous profits? Just Blue Cross of California has annual revenue of $9.7 billion. This not for profit corporation made $180 million in excess profits in 2010.

The only conclusion that I can reach is that Obama was suckered into believing compromise was necessary and that politics was the art of the possible instead of sticking to principle.

Let’s be honest for a moment, immigration was put on the back burner until the Democratic party realized that in order to win that Latinos better be invited to the dance.

However, Mexican Americans, Latinos or, whatever we call them, play the same ridiculous game as white people do.

So, let’s not rock the boat, Mexicans will call any politician with a tenth Mexican blood a Latino and call them compadre. They are happy to be called anything but Mexican.

I don’t know how we are going to get out of this bind when we have to vote for people without principles. Are we going to support a Marco Rubio or a Ted Cruz because they have Spanish surnames, or George Prescott Bush because his mother was Mexican, and forget that he was once called ”the little brown one.”

It gets ridiculous -- like that game played in the Huffington Post’s Latino Voices that features articles asking, do you know that this actor or actress has Latino blood? It is as stupid as the game of compromise or the art of the possible.

It reminds me of my grandfather and uncles who worked on the railroad (Southern Pacific) for fifty years who would say that a certain foreman was simpatico, they just knew he liked Mexicans. Why shouldn’t he? Mexican workers bought his lottery tickets and junk jewelry.

Support should be based on principle.  I support Central and Latin Americans not because their numbers swell opportunities for politicos, but because they have suffered European and Euro-American colonialism, and come to this country for a better life. They deserve what every other human being should have.

We are not going to get a thing through compromise Every time I look at John Boehner, Eric Cantor and their buddy in the Senate who reminds me of the bloodhound Trusty in “Lady and the Tramp”; I am reminded that a fair deal is based on integrity. I would not want any of these jokers to come to dinner – not in my house!

Before we start compromising and calling anyone our amigos remember that Boehner called a 2007 bipartisan immigration bill "a piece of shit." This is what he thinks about us. I use the generic word Latino because I care about my Latin American family – not because I want to be Italian.

Obama is now at a crossroads. He is going to have to make a decision, and that decision does not only encompass immigration and gun control. It is about whether politics is the art of compromise, the art of the possible, or whether it is about principle.

My advice is to tell his three Republican amigos to take a hike and mint the damn trillion dollar coin. It is better to be right and to be respected than to be liked.