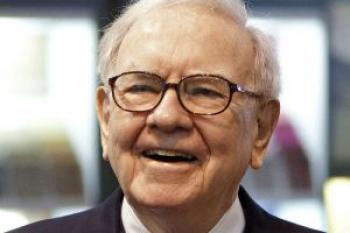 America’s billionaires gave less in 2012 than in 2011, a new Chronicle tally shows.

The largest gifts announced by American philanthropists in 2012 totaled nearly $5.1-billion, but $3-billion of that was from Warren Buffett’s promise in August to give stock valued at $1-billion to each of three foundations run by his children.

Without Mr. Buffett’s pledges, the biggest gifts announced in 2012 would have totaled only $2-billion—far less than 2011’s $2.6-billion.

Nonetheless, three gifts of $100-million or more were announced in December, so that could be a positive sign for 2013.

Mark Zuckerberg, Facebook’s co-founder, donated $498.8-million in stock to the Silicon Valley Community Foundation in mid-December, within days of gifts from Mortimer Zuckerman, the publisher and real-estate executive who provided $200-million to Columbia University, and the Hollywood mogul David Geffen, who gave $100-million for scholarships to the medical school at the University of California at Los Angeles.
$100-Million Contributions

The new list shows charities’ continuing struggle to raise big sums even after the recession ended.

The biggest gifts from individuals totaled $4.1-billion in 2007, then rose to $8-billion in 2008, although half of that came from a $4.5-billion bequest from the inventor James LeVoy Sorenson.

Six foundations and six colleges and universities won the largest gifts in 2012.

The most unusual donation was a $100-million pledge from the hedge-fund manager John Paulson, and his wife, Jenny, to the Central Park Conservancy, which works to protect the historic park.

And two donations were for brain research: Besides Mr. Zuckerman’s gift to help Columbia build a brain-science center, Paul Allen, the Microsoft co-founder, provided $300-million to expand an institute he created to study brain science.

The second biggest gift of 2012 was from Mr. Zuckerberg, who with his wife, Priscilla Chan, committed money for education and health causes.

Biggest Gifts Announced by Individuals in 2012

Note: Does not include gifts of artwork or other noncash donations or gifts from anonymous donors.

The biggest gifts of the year show one slice of American philanthropy. In February, The Chronicle will release a more comprehensive tally of donations by America’s wealthy. The Philanthropy 50 will show who gave the most to all kinds of charities.